Denver: Pot-loving 420 Rally this weekend, but beware at airports

If you’re celebrating Easter this weekend in Denver, you might also ingest a bit of the city’s pot-celebrating 420 Rally that has been expanded to a two-day event this year.

The 420 Rally, once an underground event but now very much above ground, embraces Colorado’s Amendment 64, which legalized recreational marijuana use when it was signed itno law last year.

The 420 Rally has been around since the 1970s and describes itself as “a cannabis culture music featival.” It walks a fine line because, despite the law that allows people 21 and older to use pot, public use is still illegal.

The event will feature Wyclef Jean, the Expendables, Rose Quartz and a bunch of other DJs and bands on Friday and Saturday as well as food vendors and other entertainment.

“Our goal is to create a positive environment for users to share stories, learn about the industry and create informed opinions on the remaining issues facing the industry,” rally organizer Miguel Lopez says in a statement.

Last year, three people were injured when gunfire erupted at the event in Civic Center Park.

Among tips for festival-goers on 420 Rally’s website: radiate positivity, share (though it never says what exactly), respect the city park with a “leave no trace” ethic, and get involved by talking with vendors about the issues.

What about the ritual of lighting up at 4:20 p.m. on 4/20 (the origins of which are murky): It’s still illegal so it will be discouraged.

Travelers need to know that federal law still bans possession of pot. Colorado Springs and Aspen/Pitkin County airports have put up “amnesty boxes” in terminals so fliers can get rid of marijuana they may have inadvertantly carried in.

Denver International Airport bans possession of pot on its premises.

It’s also illegal to have or use marijuana on federal public lands, including national parks, forests, monuments and ski areas.

Bobby Ray Simmons, Jr. (born November 15, 1988),better known by his stage name B.o.B, is an American hip hop recording artist, songwriter and record producer from Decatur, Georgia. In 2006, B.o.B was discovered by Brian Richardson, who then brought him to TJ Chapman, who then brought him to American record producer Jim Jonsin. After hearing his music, Jonsin subsequently signed B.o.B to his Rebel Rock Entertainment imprint. A couple of years later, Jonsin and B.o.B signed a joint venture deal with Atlantic and American rapper T.I.’s Grand Hustle Records. B.o.B quickly rose to fame after his commercial debut single “Nothin’ on You”, reached number one in both the United States and the United Kingdom. He would later release his third single “Airplanes”, which also topped several music charts. B.o.B was named the ninth “Hottest MC in the Game of 2010″ by MTV, on their annual list. B.o.B is currently working on the Grand Hustle compilation album and is set to release an EP which will only include rock music, as well as a collaborative album with his Grand Hustle label-boss T.I., all in the near future. 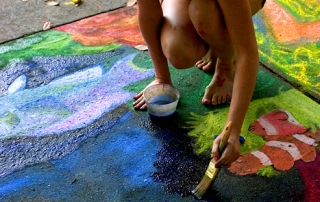 Are you an artist? The Official 420 Rally will be allowing a select handful of art installations to be a part of history! Submit your design idea below. Please provide the following:

The Oficial 420 Rally is a rain or shine event.

We will make every effort to create a safe environment in the park, including public and private security and medical staff throughout the rally. If you need any assistance, seek out the medical tent, or look for a peace officer or rally staff member.

The following items are NOT ALLOWED* at The Official 420 Rally: 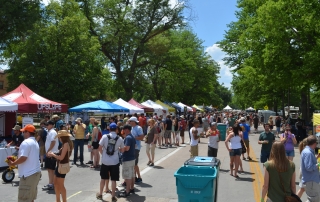 Interested in becoming a Sponsor or Vendor for The Denver 420 Rally? Get a spot today! We’ve got various options for you and your company or organization. Please fill out the following form to receive more information. We look forward to hearing from you.

For more information contact [email protected] or fill out the form: 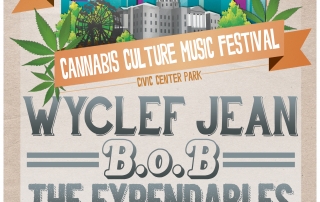 The Official 420 Rally is proud to announce a massive music line up for the 2014 event. Carefully crafted, the line up brings a wide array of musical talents together for 2 days of amazing entertainment on Saturday April, 19th and 20th.

Fill out the form below to get lineup announcements, festival updates and more!